Tripawds Supporter sites have no ads!
Skip to content

Tripawds is a user-supported community. Thank you for your support!

We had a small scare in late December. In the midst of moving to a new apartment I didn’t have time to get the dogs out and exercise them as I normally do for about two weeks. I also had to board them briefly. The lack of exercise caused some pretty significant muscle loss so when I picked the dogs back up from being boarded poor Luke was having trouble walking. His hind end would collapse frequently. I felt sooo bad! Since then we’ve been building his stamina back up. Luckily our new apartment complex has a dog park on site and nearby walking trails and we make liberal use of both and he’s back to running around like a maniac now. Needless to say a lesson was certainly learned there.

Also, of much less importance, his hair is almost done growing back in. You can still make out the outline of where he was shaved and he doesn’t quite have the tail feathers he used to but overall he’s looking much less naked. We haven’t had any more silly comments about mange haha 😆

Heres my good boy enjoying a big puddle at the park! 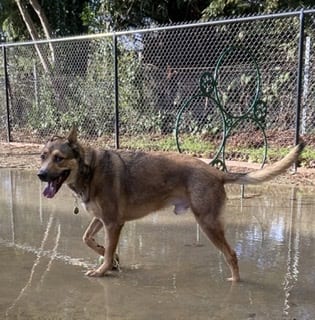 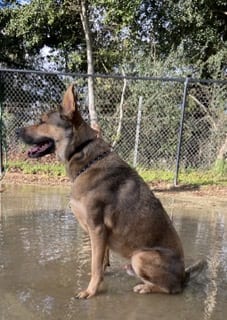 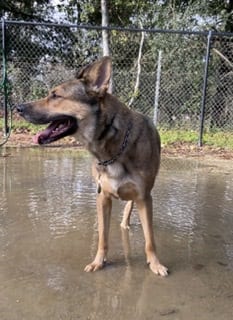 To remove ads from your site and others, upgrade to a Tripawds Supporter blog!

Tripawds is a user-supported community. Thank you for your support!

Just a quick update on Luke…we are now 4 months post op! No signs so far of his cancer returning. I do my best not to dwell on what is out of my control and instead focus on what I can, namely diet/exercise and keeping him as fit as possible. We are looking forward to another trip to Yosemite either next month or in January. Although the future is always uncertain, I’m grateful for this time we have together. 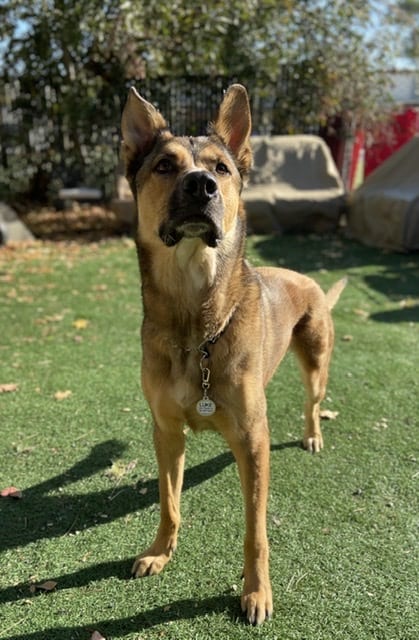 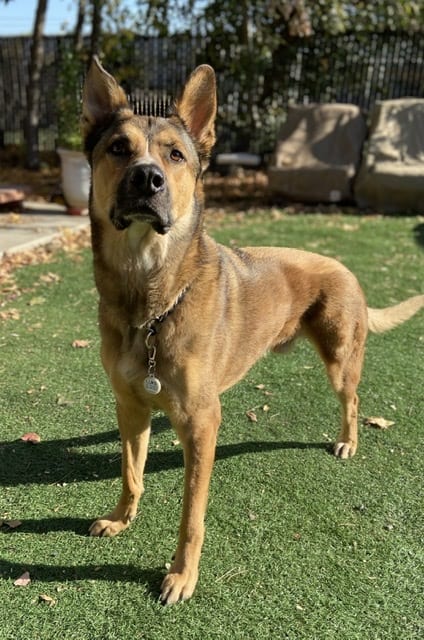 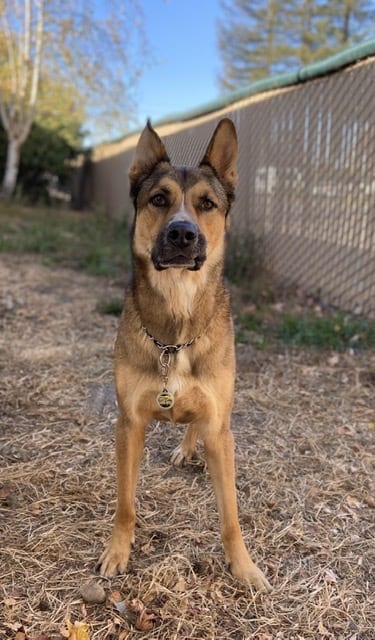 Just wanted to post some pics from a recent trip to the Yosemite area, our first since Luke’s diagnosis and surgery. Looking at these pics I can’t believe how close we came to putting him down, this fellow definitely has a lot of life left in him! 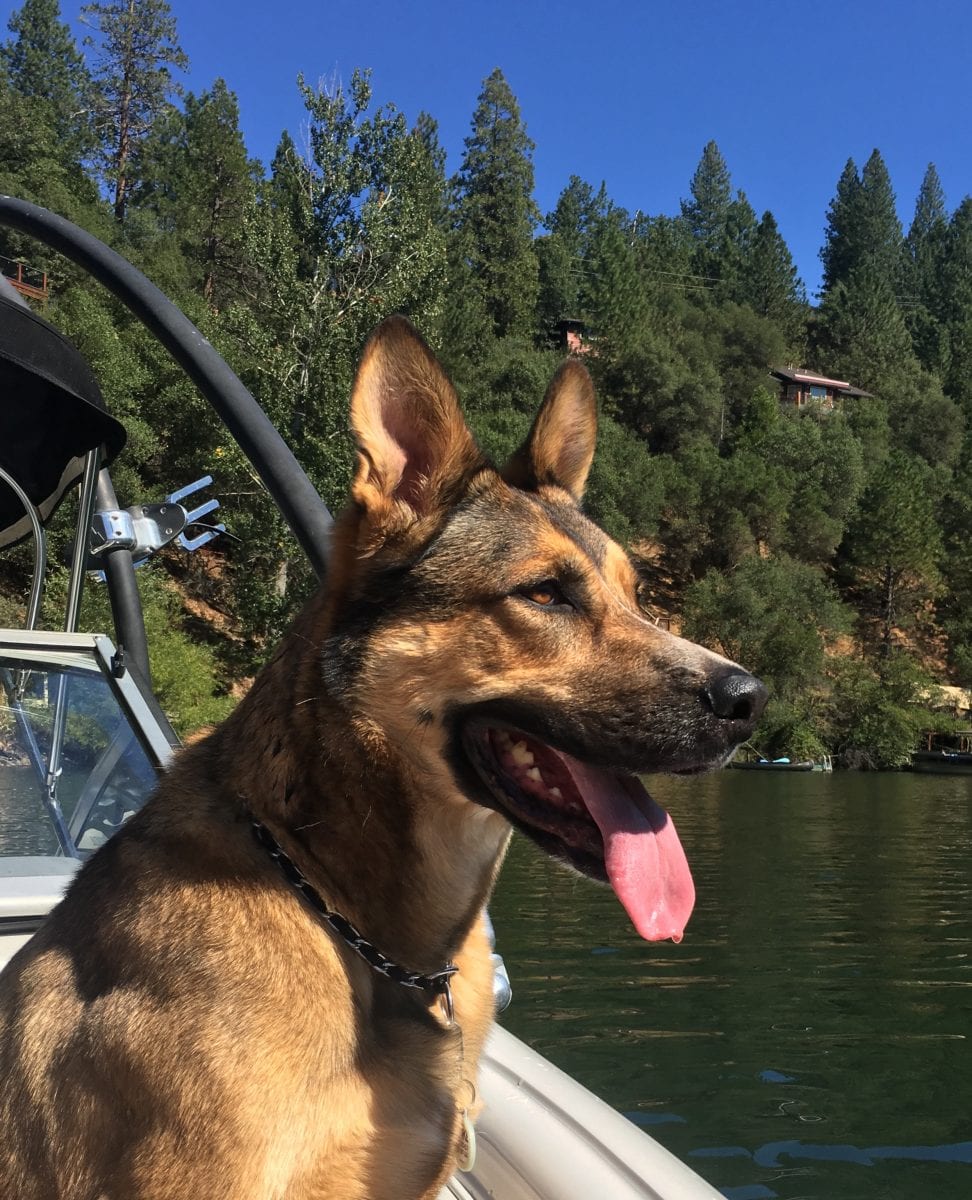 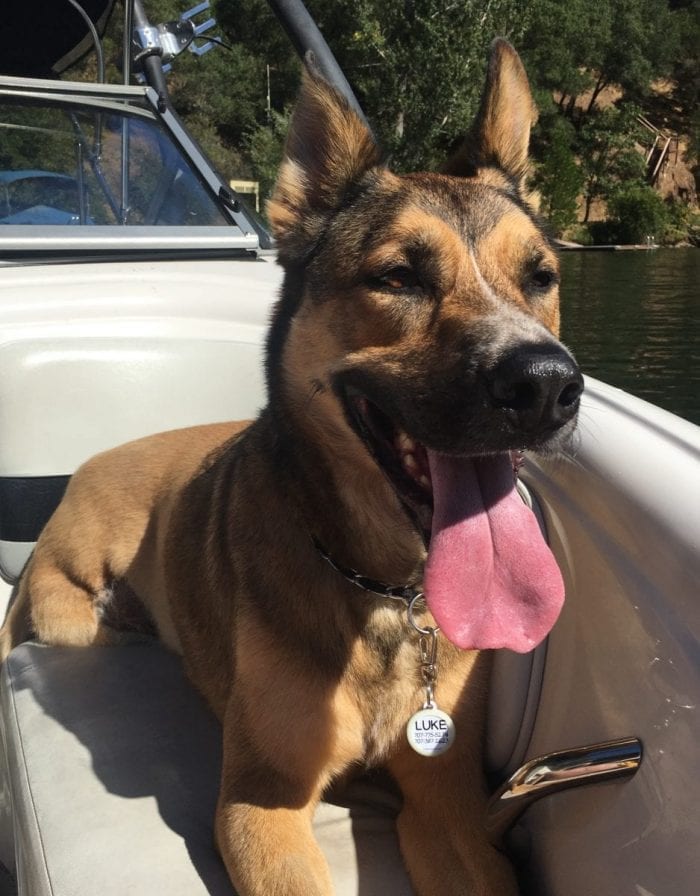 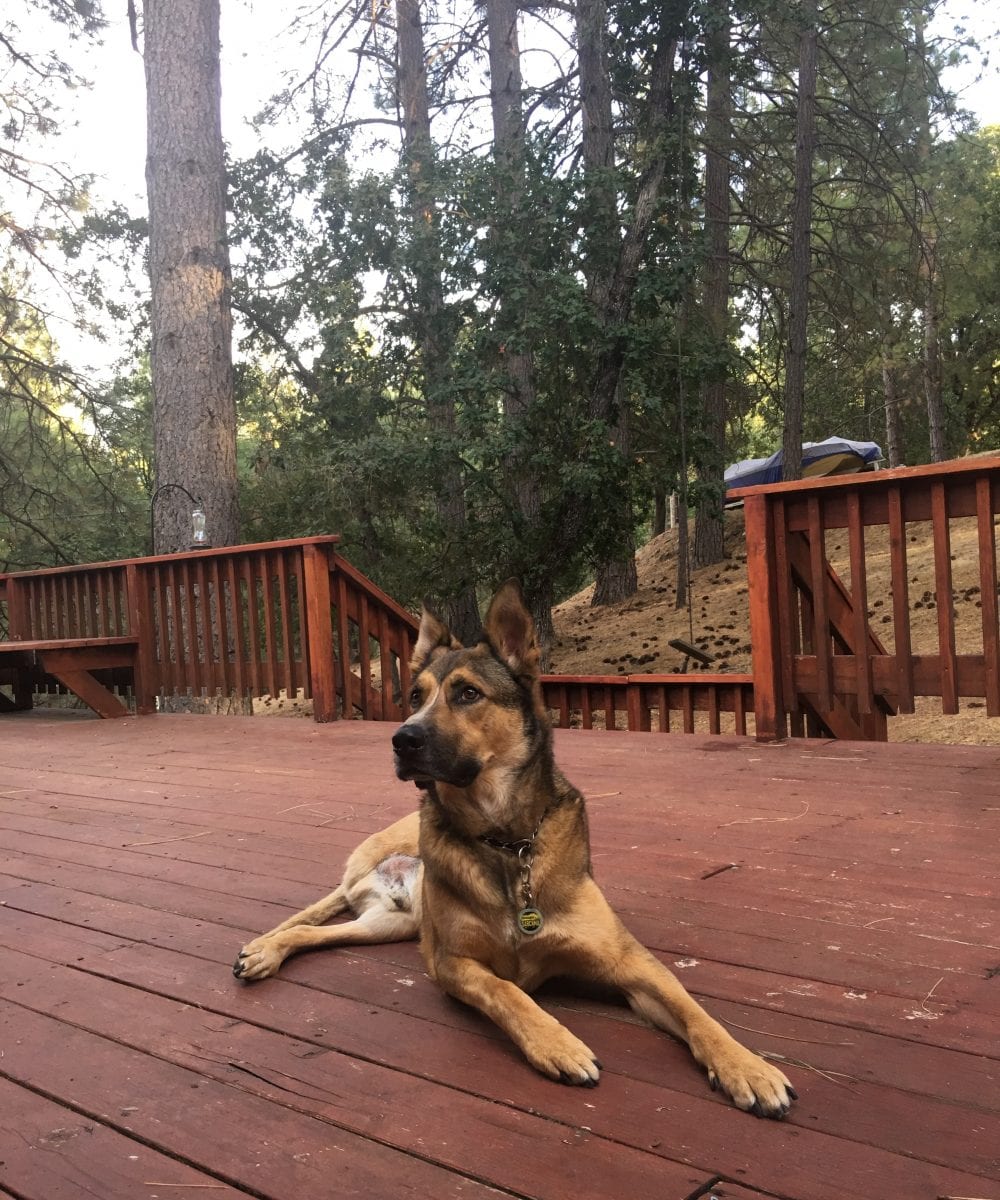 Just wanted to post a quick update on Luke. We are nearing the 2 month post op mark and life has returned to normal. Luke is able to do all the same things he did on 4 legs. We take long walks, play ball, and he goes to work with me. Other than a few ‘poor doggy’ comments and one woman getting tearful at the site of him the response from customers has been generally positive. Most people actually comment more on his rather extreme shave job than his missing leg, I had more than one ask me if he had mange.  His hair is slowly growing back, he’s got a good layer of fluffy undercoat in now. 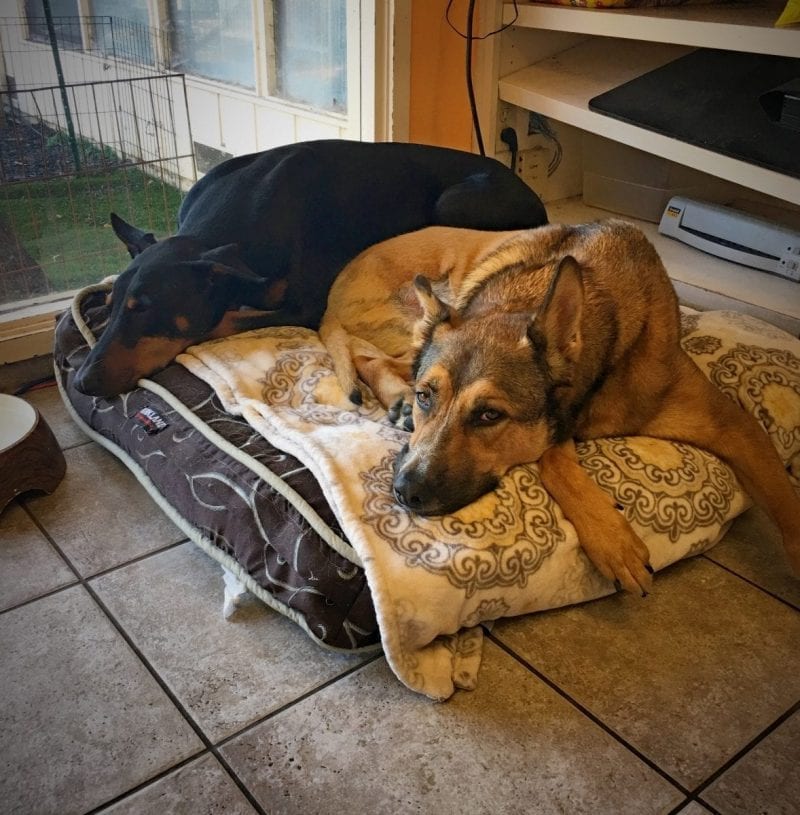 At work with one of his dog friends, and below on a walk with my toddler. 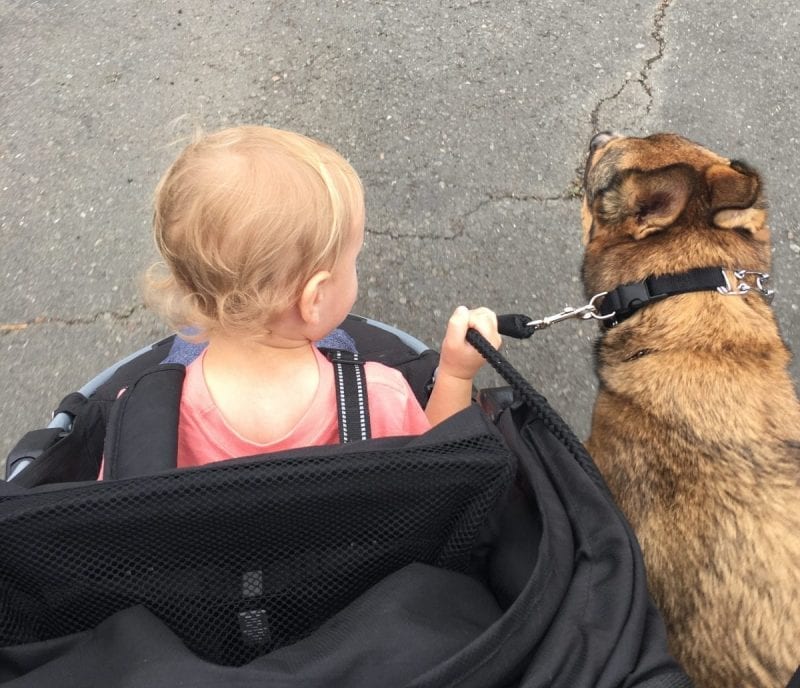 staples are out and we are cleared to resume normal activities. First on the agenda…a bath! 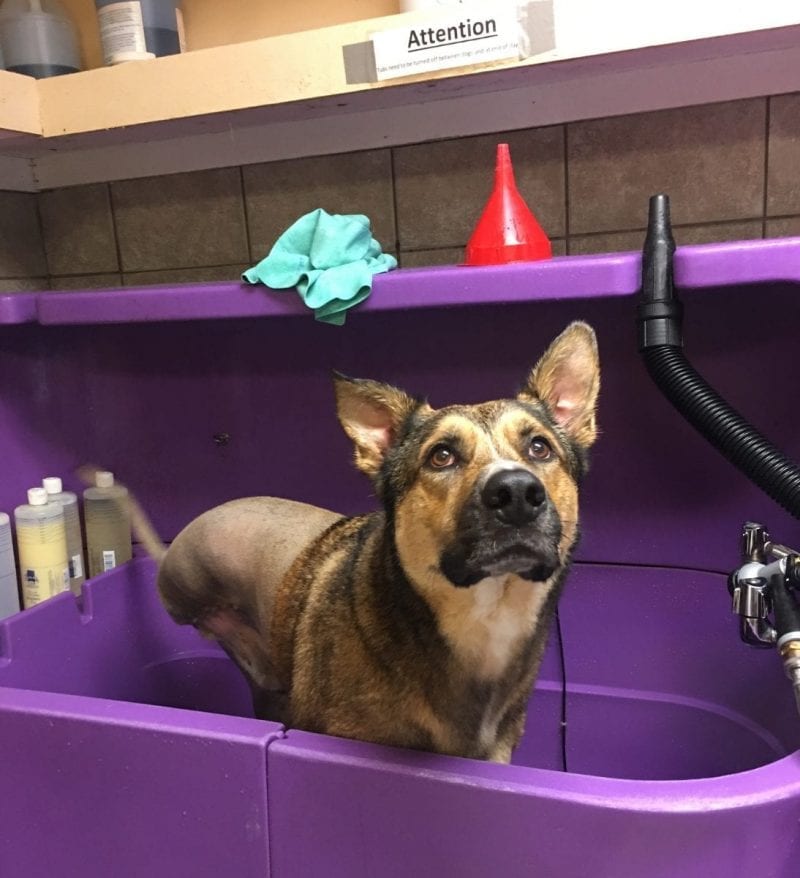 About Your Tripawds Blog:

New Tripawds Bloggers: Please review your default first blog post for help getting started with your blog or review the Help Videos in your dashboard. Edit these widgets from your Appearance settings to remove this notice, upload a custom header photo, or choose from 130+ themes, and much more!

Luke is brought to you by Tripawds.
HOME » NEWS » BLOGS » FORUMS » CHAT » YOUR PRIVACY » RANDOM BLOG


Tripawds Supporter sites have no ads!